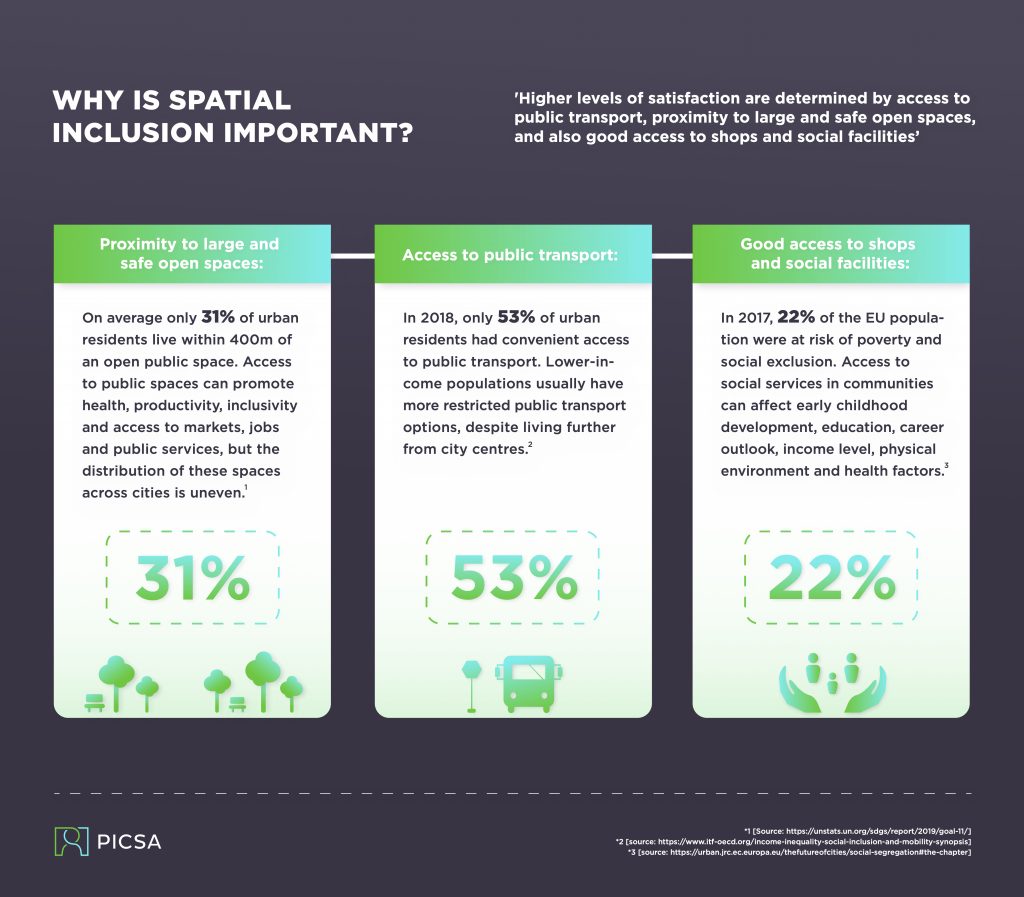 Two major trends are shaping the economies of cities around the world today.

Firstly, rapid urbanisation. Globally, people are flocking to cities in search of jobs and a better quality of life. Just over half the world’s population currently live in urban areas and the UN says this will increase to two thirds by 2050. We will also witness the continual rise of ‘megacities’, with more than 40 cities containing 10 million-plus inhabitants across the globe within a decade.

The second trend is growing global inequality. According to the World Inequality Report, the top 1 per cent of earners, since 1980, have captured more than double the slice of economic growth than the poorest 50 per cent of individuals. The result is an alarming situation now, where 26 billionaires have more wealth than the poorest half of humanity, who live on less than $5.50 (£4.25) a day. And in many places, this inequality has only been exacerbated by regressive tax systems, such as in Britain, where the richest 10 per cent pay less tax as a proportion of their income than the poorest 10 per cent.

Fast-growing populations coupled with extreme inequality is simply unsustainable for cities. In order to thrive, they must not only create prosperity but greater inclusion as well.

For several decades, economic progress has been principally judged on the basis of Gross Domestic Product (GDP), which measures levels of economic activity. But this is a crude benchmark which tells an incomplete story. It may show which cities are the most wealthy, but not how many people have an equitable share of that wealth. For instance, it doesn’t measure how growth is distributed, who exactly is benefitting, or its environmental or social impact. Even Simon Kuznets, the economist widely considered the architect behind the GDP measure, held that it wasn’t how economic welfare should be assessed.

That is why we’ve launched the Prosperity & Inclusion City Seal and Award (PICSA Index). This is the first non-commercial city score, which provides a comparative analysis of inclusive prosperity in more than 100 cities across the globe. The index measures factors such as the affordability of housing and access to education and healthcare as well as GDP per capita.

It is the first time that the world’s major cities have been ranked not just by the size and health of their economy, but for their efforts to build inclusive and prosperous environments for all of their citizens.

The PICSA index ranks these cities according to how they perform under three pillars. The first, ‘Prosperity’, uses empirical quality of life measures as well as GDP to form the statistical foundation for the index. The second pillar, ‘Social Inclusion’, focuses on personal safety, access to quality education, and internet access. The third pillar, ‘Spatial Inclusion’, examines environmental quality, affordability of housing, and access to healthcare.

European cities dominate the top of the rankings, with 15 of the top 20 from the continent. Zurich is ranked as the number one city, scoring strongly across all measures, particularly on quality of life, work, housing, leisure, safety, and education – with the Swiss higher education system attaining an especially high score. Vienna is in second place, scoring close to top marks on healthcare. The Austrian capital has an extremely high density of physicians per capita, making it the home of one of Europe’s best healthcare systems, where there are virtually no waiting times for citizens.

But perhaps just as notable as which cities have made the top 20 is which cities do not. In a sign of how conventional measures of prosperity have become poor barometers in judging economic success and equity of opportunity, the ten richest cities in the world have not scored well for inclusive prosperity. London is the highest ranked of these cities, but comes in 33rd place. London may have an economy larger than most European nations, but it also suffers from high levels of inequality, with over a quarter of its residents in poverty. The index found London performs badly for spatial inclusion, notably in the area of housing affordability and environmental quality. Meanwhile, New York City is ranked 38th. In short, many of the world’s wealthiest cities are failing to create inclusive economies for their citizens.

The index was commissioned by Basque institutions and launched in Bilbao because the city is aiming to do all it can to tackle issues of modern income inequality and build a society that is prosperous for all its inhabitants. Bilbao itself ranks 20th in the index. We know there is more to do to realise that vision.

There is also more work to do in assessing other factors that contribute to an equitable and inclusive society. So, in time, the index will be extended to measure a combination of tangible and intangible measures, such as how we measure racial equality and the inclusiveness of social bonds within a city.

This is the start of that journey. We want this inaugural index to kick-start a debate on why we need a new measure of economic productivity that goes beyond GDP to provide a holistic account of how well people are doing in the economy and which cities have the populations that are most empowered to contribute to its economy and share in its benefits.

In the same way that the best companies measure their corporate and social responsibility as well as their profits, so cities should take account of the inclusivity of the wealth they create.

Bobby Kennedy famously said that GDP “measures everything in short, except that which makes life worthwhile”. The PICSA index is intended to meet Kennedy’s challenge, and can play a vital role in driving cities’ efforts to create an economically just and inclusive world. 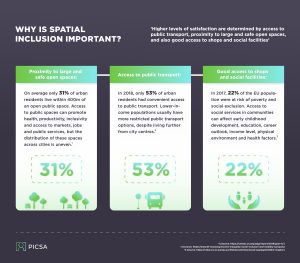 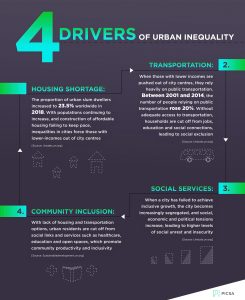 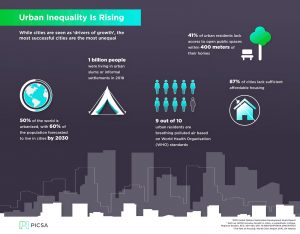